by Keir Neuringer and Matthew Wright 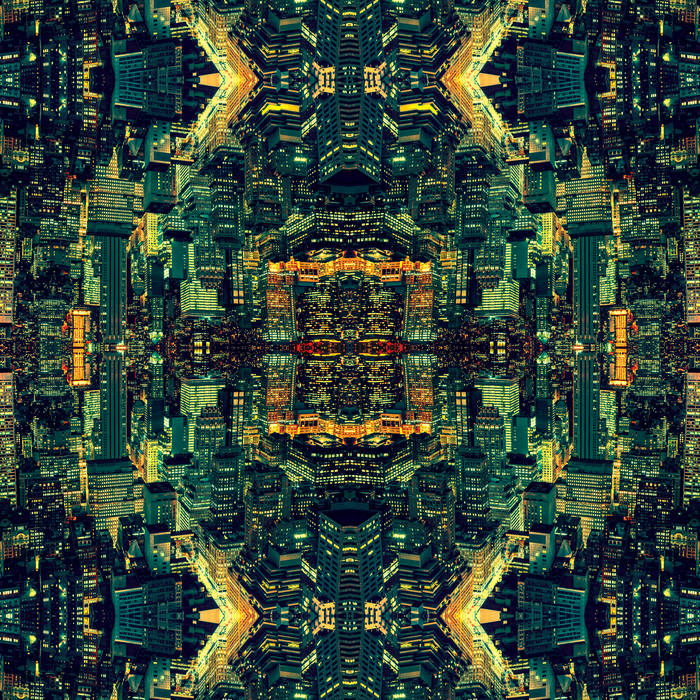 But Speak Cities is not merely a studio composition made up of samples of Neuringer’s alto and Wright’s turntables. Nor is it an edit of in-studio improvisations. What we hear is something akin to a Neuringer solo - the emotional intensity and performative acrobatics that marked his 2014 solo double LP Ceremonies Out of the Air - and something similarly akin to a Wright composition, with its obsessive and unpredictable repetitions and elastic structures.

The architectural grids of the city might find a neat metaphor in the beats and bars of formally composed music, but here Neuringer and Wright are interested not in the city as place, but the city as lived experience, full of contours and contradictions, chatter, murmuring and wails.

Matt Wright and Keir Neuringer met in 2002 while studying composition at the Royal Conservatory of The Hague. Finding quick affinities in their overlapping musical roots - spanning European avant-garde concert music and improvisation, American hip-hop and jazz, and English club music - they began working together soon after, playing each other’s works, improvising together, and eventually forming the trio MTK (with computer musician Tom Tlalim), which during its few years of existence in the mid-aughts made several tours of England and the European continent. After a few years’ break, during which both musicians relocated several times and became fathers, they return with the smudges, glitches, and wails of Speak Cities, beginning the next stage of their collaborative work.

PRODUCED BY MATTHEW WRIGHT AND KEIR NEURINGER
MANUFACTURED IN THE EU BY KEY PRODUCTION, 2017

MADE POSSIBLE WITH QR FUNDING FROM
THE SCHOOL OF MUSIC AND PERFORMING ARTS
AT CANTERBURY CHRIST CHURCH UNIVERSITY.

THE ARTISTS WOULD LIKE TO THANKJASON LAFARGE IN BROOKLYN,
KYLE McCALLUM IN RAMSGATE, SEBASTIAN PETSU
IN PHILADELPHIA AND EVAN PARKER IN FAVERSHAM.

LOVE FROM MATT TO HELEDD, EUEN AND MABLI IN CANTERBURY,
AND FROM KEIR TO BRIT AND EMIRI IN WEST PHILLY.

EXTRA NORMAL RECORDS WOULD LIKE TO THANK
NICHOLAS DE CARLO AT MASH STUDIOS,
REBECCA GORDON-NESBITT AT HOME AND
MATT AND KEIR FOR THEIR GOODWILL
AND DEDICATION TO THE PROJECT.